French. The stereotype language for romantic souls and fancy chefs. And one of the few languages in the world with the richest vocabulary. It is also an umbrella name for a whole range of French language variants, e.g. Canadian French. The latter is spoken by around 12 million speakers, being a native tongue to 7 million, mainly in the Quebec province. This is due to historical reasons, as the Quebec city and settlements in its surroundings were established by French colonists in 16th and 17th century (originally, the French were up to find a new trade route to China, while they "stumbled" upon North America instead...). As new settlers poured to the "New France" from Europe, they naturally brought a piece of home with them – including European social customs and values, and the bubbly French language.

However, as the mixture of arrivals originated from different regions with different accents (especially the Parisian French are worth mentioning here), the Canadian French language was created as a fusion of classical French and regional dialects of the first-comers.

This development naturally caused the most visible difference of the classic vs. Canadian French as we know it today: the accent. Mainly vowels pronunciation is more "nasal" in Canada.

The difference is so obvious, that native Canadian French speakers who haven't come across the European (or Metropolitan) French before actually admit having trouble understanding the language and vice versa. Metropolitan French is "cleaner" in terms of pronunciation (maybe similar to standard British English and American English). There even is a term joual used to describe the working-class Canadian French, in a rather derogatory way.

Another observable difference even to non-native speakers is the vocabulary used in Canada in comparison to France. Canadian French, mainly in the Quebec region, is heavily (and quite naturally) influenced by English – a phenomenon actively resisted in France (walkman, computer, and NATO could tell stories..). Maybe this inherited overprotectiveness of the language determines a tendency of Canadian French to balance the English influence by trying to preserve the "original French", often to the amusement of European French (e.g. the STOP sign that says simple "STOP" in France reads "ARRÊT" in Quebec...). Interestingly, this approach affected Canadian French swear words, some of which have a religious context and are only offensive in Quebec, while having a regular meaning in France (obviously, most swear words used in France apply in Quebec).

Indeed, in many aspects Canadian French is considered quite traditional, while the actual words used can be right out of its closeness to the United States.

Nevertheless Canadian French is not a standardized language in itself, the grammatically correct form is standard French. The fact of the world, however, is that Canadian French exists as a separate French version. When we translate to Canadian French, we use French Canadian speakers – and the result is truly different from standard, European French.

French is a Romance language spoken by 65 to 80 million people around the world as a native language, and by an additional 200 million or so people as a second or third language. Most native speakers of the language live in France, while most of the rest live in Canada, Belgium, Switzerland, Francophone Africa, Luxembourg and Monaco. French originates from the Latin language of the Roman Empire. Today, it is an official language in 29 countries, especially in many African countries, most of them former French or Belgian colonies. French is the official EU language, as well as one of the three working languages of the European Commission.

Language of artists, diplomats and chefs 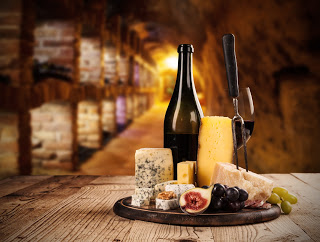 Around 17th century, French became a widespread lingua franca (in fact replacingItalian that enjoyed such popularity during the Renaissance period), similar to today's status of English. It has been much used in science, diplomacy, even arts for several centuries – in fact, until World War II. (The first signs of French being pushed back by English emerged after World War I., e.g. when the Treaty of Versailles was written in both French and English, despite former diplomatic convention). The truth is that English has been widely influenced by French and many English words related to law, government, military, and, of course, cuisine and cooking, are derived from French vocabulary (lieutenant (same), attorney/atourné, treaty/traité, finance/finer, fee/fie, jail/jaiole, etc). In case of French cuisine-related words (picnic/piquenique, spice/espice, soup/soupe, sausage/saussiche, juice/jus, beef/boef, etc), some of them are used in English even with original French spelling (grape, menu, bacon, omelette and so forth).

It is important to note that in translation, documents destined for France can usually be used as they are in Belgium, Switzerland, etc. There are no major differences. In Belgium, to give an example, they have their own word for ninety "nonante", but the French equivalent "quatre-vingt-dix" is generally understood. However when documents are intended for Canada, they should be translated into Canadian French since there are significant differences between standard French and Canadian French. Canada for example has taken in many loan words from its US neighbor, and the language at times tends to be more formal than European French. And when working with translation memories, it is important to separate the two by their correct languages codes. Use "fr-ca" for Canadian French.

French uses the standard English alphabet with added ligatures (œ and æ) and also frequent use of acute accent ( ´ ), grave accent ( ` ), circumflex ( ˆ ), diaeresis ( ¨ ), and the cedilla ( ¸ ). Diacritics have no impact on the primary alphabetical order.